The gift of Being bi-polar: Heaven and Hell in the arms of God 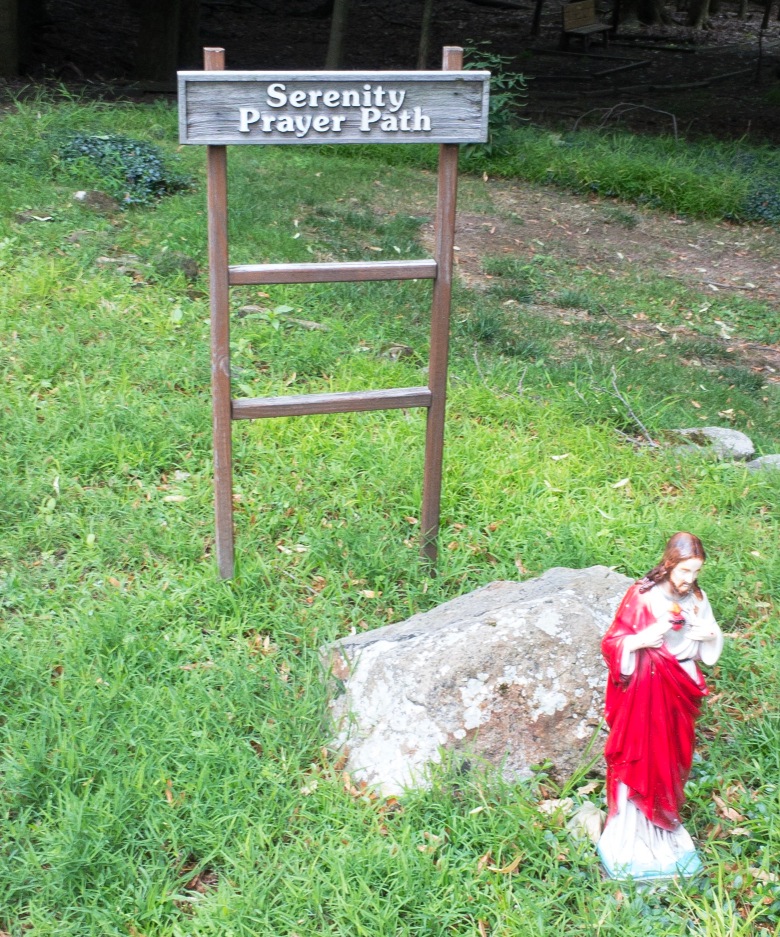 On the grounds of Jesuit Retreat House in Parma, Ohio

It is a gift to have one’s heart open to spiritual movements, as much of a gift as it was to be a disciple following Jesus all the way to the cross. The spiritually vulnerable are not to be pitied or clucked over by those above the fray. Is anyone above the fray? We might pity those who think so. Should we pity Mary, Jesus’ mother, for her sufferings? Or should we rather rejoice with her for being in her son’s presence all the way to the cross—for it is in this rejoicing, this joyful sorrow, that we find the depths of true com-passion.

This is the boldest thought for one with what today is called a chronic mental illness: that it can be received as a gift from God, with all of God’s tools being given to endure the crosses, the temptations, the stumblings and betrayals, just as they were given to Peter, James, John, Mary Magdalene and the others. To see God in the dark nights, to know that these too have their role to play in the story of salvation, to share in community and prayer the silly attempts of the devil to draw us from the love of God and the sure knowledge that even our darkest days do not separate us from the love of God. Confident to the point of what the mystics called insania amoris, insane love, that such days may even bring closer to the one who cried from the cross.

And so this thought today: I thank you God, for making me so marvelously, for all of the many gifts you have given me, not least of which is the gift of a soul that swings from heaven to hell with such ease. May I never reject this gift, but always seek you and your presence wherever you may lead me. Help me to help others to see me as you do, not as damaged goods, but as a glorious child of God, who lives in the darkness and the light, which to you are both alike. Amen.

2 I call upon you from the ends of the earth with heaviness in my heart; * set me upon the rock that is higher than I.

3 For you have been my refuge, * a strong tower against the enemy.

4 I will dwell in your house for ever; *I will take refuge under the cover of your wings.

Posted in mental health and recovery, Spirituality and the Arts, Uncategorized. Leave a Comment »

« A Preacher befriends an Long Haired Hippie Artist Freak: Watch the sparks fly
Spirituality and the Arts: Why We Need Tragic Drama »
Loading Comments...
%d bloggers like this: